Throughout the spring of 2018, more than 2,500 food, wine and beer lovers gathered at the 22nd annual VeritageMiami to eat, drink and unite, raising $1.5 million for United Way of Miami-Dade. For the sixth consecutive year, City National Bank was the presenting sponsor of the four-day gathering, which included an Interactive Dinner led by Top Chef alums Jeff McInnis and Janine Booth, a world-class Bubbly Brunch & Auction at The Ritz-Carlton Key Biscayne, a Craft Beer Tasting at the Wynwood Walls and an exclusive Associate Legal Mingle at the Moore Building. 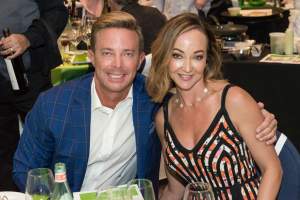 Returning to Key Biscayne for a second year, the Bubbly Brunch & Auction at The Ritz-Carlton properties took guests through an international culinary journey featuring classic dishes from Ritz-Carlton hotels around the world. To raise the bar as guests raised their paddles, Champagne Perrier-Jouët Grand Brut and Blason Rosé flowed freely, while guests bid on glorious wines, vacations and more.

Highlights from the live auction at the Interactive Dinner and Bubbly Brunch & Auction included: a trip for four to Bordeaux and Cognac, including private tours, and tastings at four of the greatest châteaux in the Médoc; a trip to Champagne Krug, including a full day visit to the Clos de Mesnil vineyard and a private tasting of the Krug portfolio; a trip to Scotland’s most revered distilleries, Glenmorangie and Ardbeg; a one-night stay for four couples at Perrier-Jouët’s Maison Belle Époque in Reims, with dinner hosted by Perrier-Jouët Chef de Cave Hervé Deschamps; a trip to Napa Valley, including a private tour and tasting at the Pulido-Walker winery; a multi-course dinner for 20 at a private home, prepared by chefs McGinnis and Booth; a multi-course dinner for 10 at Alter with a selection of rare and prized wines from Paul Hobbs; and 12 bottles of wines from Colgin Cellars, including Tychson Hill Vineyard Cabernet Sauvignon and Cariad Red Wine. 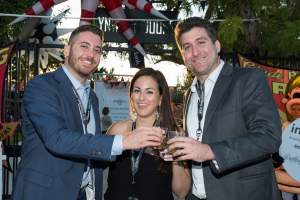 The festivities concluded at the 8th annual Associate Legal Mingle under the world famous “Elastika” at the Moore Building, with 200 members of the legal community gathering for a great cause, enjoying VeritageMiami Best in Glass gold medal wines, cocktails by Bacardi and bites prepared by Beaker & Gray, Lima at Atton Brickell Miami and Mena Catering.

About United Way of Miami-Dade

Since 1924, United Way of Miami-Dade has been an innovative force in the community, successfully responding to emerging needs and transforming people’s lives. Today our work is focused on education, financial stability and health – the building blocks for a good life. We invest in quality programs, advocate for better policies, engage people in the community and generate resources. To learn more, give, advocate or volunteer, visit unitedwaymiami.org, facebook.com/UnitedWayMiami, twitter.com/UnitedWayMiami or instagram/UnitedWayMiami.