A Taste for Elsewhere


Written by VeritageMiami Director Lyn Farmer
A Taste for Elsewhere

Visiting the world’s major wine regions is a great opportunity for education, not only about wine but about taste. We can taste in our homes and learn a lot, but you learn the most if you taste in the home of the vines, the great vineyard regions of the world. If you go to Bordeaux, you have the opportunity to taste some amazing local wines. The trouble is you won’t get to taste much else because in Bordeaux the average wine list has almost no wines from outside the Bordeaux region – almost no wines from Burgundy, from the Loire, from the Rhône, and even fewer wines from outside of France. The story is the same in Spain where most restaurants carry only Spanish wines, and often, only wines from their particular region of Spain. The story is also the same in Italy – I was recently in Puglia in Southern Italy and couldn’t even find a Chianti on the list of an otherwise terrific restaurant in a large wine-producing area. Obscure Pugliese primitivos? Plenty, but a wine made from zinfandel, which many consider the same grape? Not a chance.

For the visitor, that may not be a problem – when I travel I like to eat local and I like to drink local, but there is a difference between choosing to do that and having no choice to do otherwise. More importantly, what about the tasting experience available to the locals, including local winemakers? I didn’t meet anyone in Puglia who had ever tasted a zinfandel (including sommeliers from Sweden, Germany and Estonia with whom I was traveling), and you’ll be hard pressed for find a winemaker in Burgundy who has tried a Russian River pinot noir from Sonoma, California.

There is a saying that, “water divides us and wine unites us,” but that is clearly the sentiment of a wine drinker from the United States or Britain, countries with a long-standing interest in the wines of the world. One of the great strengths of being a wine lover in the U.S. today – we have a greater diversity of wine available to us than any other country I know. Most European countries have erected strong trade and tax barriers to the importation of wines from other areas, and especially wine from the United States. In the U.S. the wine market is much more open. 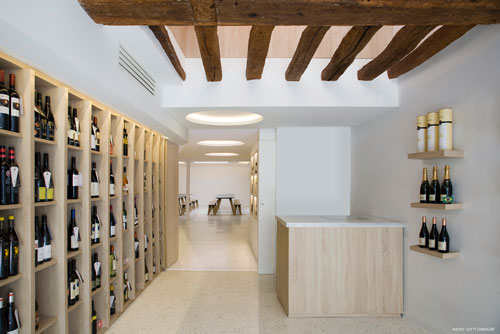 What brought this wine eclecticism to mind was the news earlier this week that a leading French gourmet publication, the Pudlo Guide, named Soif d’Ailleurs “French Wine Shop of the Year.” Why is that so meaningful and why did the selection become something of a scandal? Because Soif d’Ailleurs (the name of the shop translates as “Thirst Elsewhere”) is a Paris wine shop that carries no French wine. I have gone to wine shops in Paris and had a hard time finding wines not from France, and this shop turns that French oenological jingoism on its ear.

The French find this a radical concept and I find it long overdue. I also find it very exciting because of its timing. This July we will observe the 40th anniversary of the wine tasting that has come to be called, “The Judgement of Paris.” I will write much more about this great tasting over the coming weeks – suffice it to say for the moment that this tasting in 1976 pitted California wines against the best reds from Bordeaux and whites from Burgundy, and the top spots were taken by the New World wines. Forty years later, it’s still hard – not impossible, but still difficult – to find an American wine in Paris, much less in the French countryside. 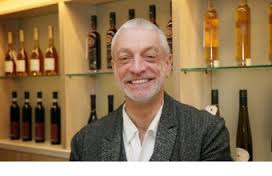 So cheers to Mathieu Wehrung, the Alsatian owner of Soif d’Ailleurs, for opening a shop that not only dares to offer a taste of “forbidden fruit,” but goes so far as to create videos to explain the wines he’s selling and to offer wine classes and broadly based tastings. His global wine view is something we may take for granted in the U.S., but it is a radical, and welcome, concept elsewhere for all of us who want to travel the world in a glass and get a taste for “elsewhere.”