Every Glass Tells a Story 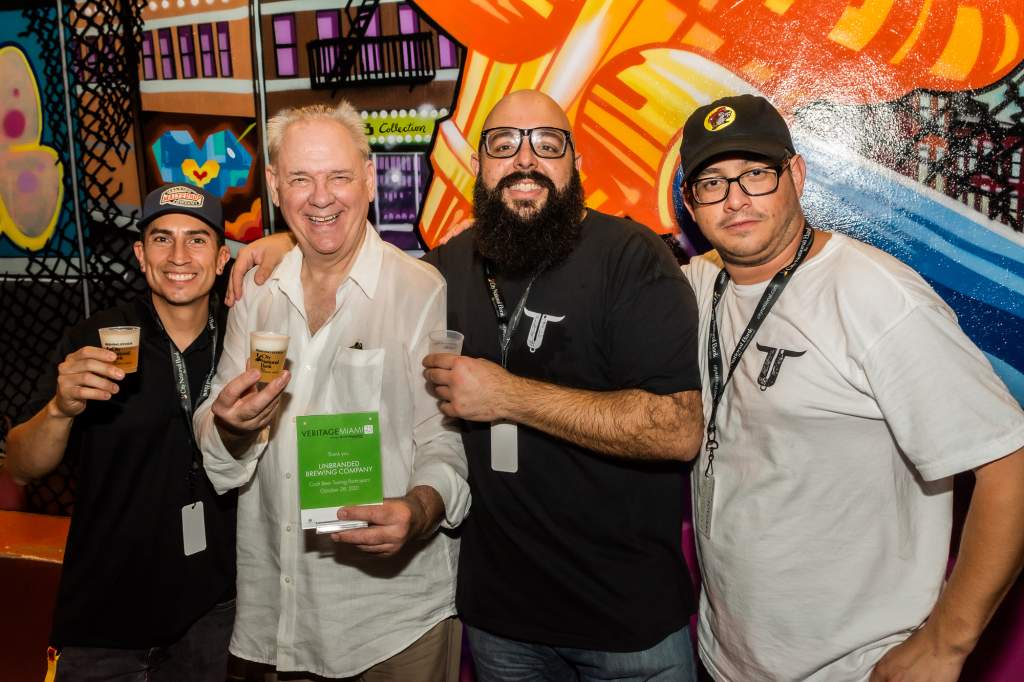 Wine tastings and beer tastings are fun, and why not? You get to sample many more products than you could if you were buying a full bottle each time and, best of all, you discover brews and wines you likely would never have found by just strolling the aisles of your favorite bottle shop. This is certainly one of the reasons to come to the VeritageMiami Craft Beer tasting next Thursday, April 14, at the visually stunning and spacious Wynwood Walls in the heart of Miami’s Wynwood district. Here, you have three large plaza areas to roam, with more than two dozen breweries offering their wares, plus “Wine Within the Walls,” a mini-wine tasting (free to VIP attendees and available for a nominal surcharge for those attending as General Admission beginning at 7pm).

Attending a tasting presents some challenges however, and once again we come back to the selection. There is just so much to try and you can’t physically, not to mention healthfully, try everything. You need a plan, which is where I come in with a couple of suggestions and my mantra: every glass tells a story.

Whether you are having wine, beer or a cocktail, every glass has a story to tell, and that is especially true at the Craft Beer Tasting. The very name craft implies someone has a special (and likely personal) investment in what gets poured for you – there is a story about why this beer was made, or why this wine grape was planted in that particular place. After all, beer can be made from all sorts of grains and many kinds of hops – the specific recipe was created to showcase a flavor, an aroma or even a memory by the brewer.

Take my friends Zach Swanson and Lance Ashliman, the owners of Unbranded Brewing based in the heart of Hialeah. Despite the name, they have a strong brand and it’s built on a strong friendship they forged as students at University of Miami. Zach couldn’t find beers he wanted so he tried home brewing and, well one thing led to another. When you stop by the Unbranded table, ask Lance how a PhD grad from UM ended up at a brewery, or why he credits George Michael as a major influence, and ask Zach what mavericks have to do with beer. My point is, each beer they create has a great story behind it (I’m quite passionate about the Guava Wheat by the way). If you don’t get the story, you aren’t getting everything the beer has to offer (and you’re missing for a chance to zing your friends at your next triva night). Unbranded Brewing also has their own BBQ operation and they will be at the tasting as well, so you’ll have a chance to compare some beer and barbecue matches as well. You will also find that nearly a dozen restaurants are on hand so you can experiment with combinations. One hint – the spicier the food, the lower alcohol you want the beer since alcohol ramps up chili heat considerably.

Stop by Cerveceria La Tropical, and you’ll discover their story is rooted in history, both distant and contemporary.  Definitely try La Original (called an Ambar Lager) or Nativo Key which the brewery calls a “suave IPA,” but also ask them what’s new – they likely will bring something experimental with them too. And every beer will have a fun story that makes it even more delicious. The same is true of Miami’s own Tank Brewing, Funky Buddha (from way up north in Oakland Park), and the endlessly fascinating Shojo Brewing company.

There are many other breweries attending as well but rather than give away all the high spots let me just urge you to attend and make a quick pass through the plazas, maybe try one beer at each table, then come back for more tales and more tastes. The great folks who staff these tables come from the breweries and know all the stories, and more than a few have some of the best beards as well as beers in Miami.

One final note – you join us through one of two entrances to Wynwood Walls – for general admission (7pm to 9pm) entry to the Craft Beer Tasting is on NW 26th Street and entry to VIP experience (with early entry at 6pm) is on NW Second Avenue. Parking will be crazy of course – there are garages in Wynwood but I’m going to take Lyft or Uber so I don’t have to worry about counting my beers during the story telling.