A View of the Eternal


Written by VeritageMiami Director Lyn Farmer
A View of the Eternal

My colleagues and I recently wrapped the 20th annual VeritageMiami, an event that combines equal parts of exhaustion and exhilaration for all of us who spend a good part of the year working toward this four-day denouement. There is something novel-like about the festival in its slow build toward an exciting conclusion, and we know that the “conclusion” is actually just a prelude to doing it all over again, striving to make the next time even better.

I have to say that it seems to me this year’s VeritageMiami was the best yet – the Craft Beer Tasting that opened the four-day event was enormous fun and very educational. We had nearly 50 breweries and 25 restaurants at Wynwood Walls for a colorful kickoff, and the following night nearly 70 wineries joined another 25 restaurants to give wine lovers a chance to have a similar experience. 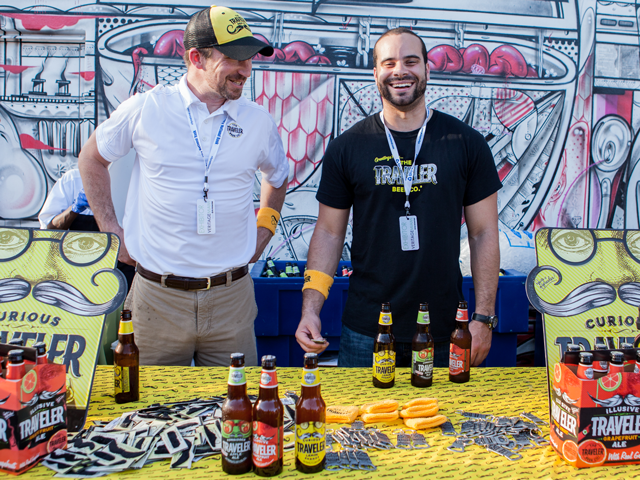 These tastings are especially intriguing because the breweries and wineries send pourers who really know their products, understanding that the attendees at both events want to talk about the producers and their production techniques. Well, up to a point – a cold beer or a chilled rosé is an end in itself on a warm Florida spring evening. I came away from both tastings having discovered some great new products I hadn’t known before – I loved Curious Traveler’s beers, and was really excited by some Belgian style ales I found at Wynwood Walls. And at the wine tasting, it was great fun to catch up with the team from Washington’s Mercer Estates Winery that won an unprecedented four gold medals at Best in Glass. 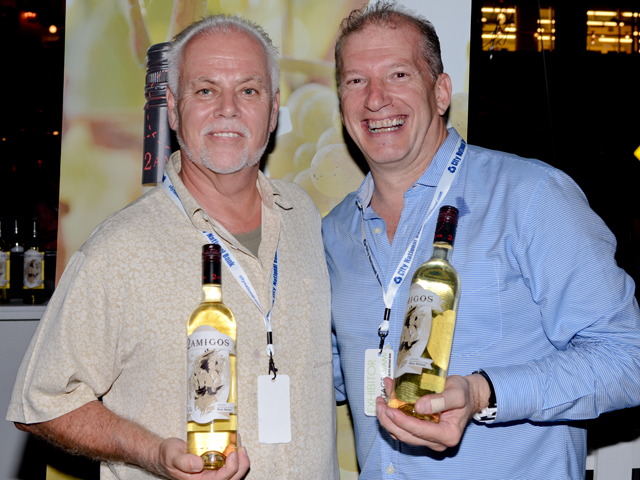 Also at the wine tasting, two pavilions grabbed enormous attention. One, headlined Wines of Israel, was chock full of discoveries, wines with a long tradition that are still completely new to most American consumers. Next door, importer Rick Musica joyfully poured a ravishing alberiño called 2 Amigos that went on to win the audience award that night for best wine at the fair. Sharing the space with 2 Amigos was Edu Pulenta, a third generation winemaker from Argentina who absolutely stunned me with the quality of wines from a region I’ve visited and thought I knew. Pulenta is a master of cabernet franc, a grape that in his hands is going to get new respect I think.

What we wine and beer lovers discover at tastings is that being a brewer or vintner is a craft, a skill and a continuing pursuit of excellence – no matter how long wine has been made in an area, there is still honing the craft, finding the very best location, the perfect method. Walking among the wineries, I had a fleeting memory of a passage by another wine lover, a European who kept a journal on his first visit to California wine country. He wrote:

“Wine in California is still in the experimental stage…. The beginning of vine-planting is like the beginning of mining for the precious metals: the wine-grower also ‘prospects.’ One corner of land after another is tried with one kind of grape after another. This is a failure; that is better; third is best. So, bit-by-bit, they grope about for their Clos Vougeot and (Château) Lafite. Those lodes and pockets of earth, more precious than the precious ores, that yield inimitable fragrance and soft fire, those virtuous Bonanzas where the soil has sublimated under sun and stars to something finer, and the wine is bottled poetry.”

That’s what we are all looking for isn’t it? A kind of revelation in which one careful prospector finds gold in a vine or in a vat and through some strange alchemy transforms it and shares it in our glass? I had moments like that at both the craft beer and wine tastings. If you made it to VeritageMiami this year, I hope you had similar moments, and if you were not able to join us, I hope you will have some similar insight at your favorite wine bar, and that you might join us next year.

Oh, yes, the quote. Who was that intrepid, journal-keeping Scot who fell in love with California’s wine culture? The passage above was written by Robert Louis Stevenson when he spent his honeymoon in Napa and Sonoma…in 1880. You see, wine has its own sense of the eternal, and some core values have hardly changed in 135 years.