All That Glitters Is Not (Necessarily) Gold

January 25th and 26th, some of South Florida’s top sommeliers gathered on their rare days off to work even harder than they do at their restaurants. On an average evening, a sommelier might try 20 or 30 wines, but on Sunday (the 25th) we took 17 sommeliers and divided them into panels of three and asked each panel to taste 80 wines. Then, the next day they came back and tasted 165 wines! 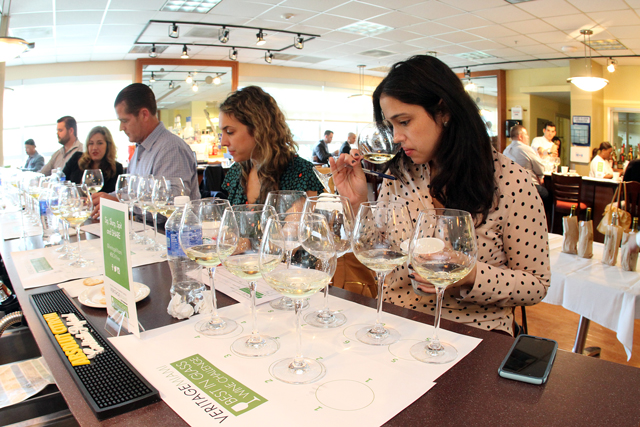 What was going on? It was the Best in Glass wine challenge, our annual sommelier-judged wine competition where we do our best to find great and affordable wines. Our judges tasted a total of 325 wines the first day, and from that initial pool, selected 165 wines to re-taste as candidates for a gold or silver medal.

When the wine dust settled we had 38 gold medal winners and 108 silver medal winners. On the first day, we eliminated almost half the entries. Now, to be a contender, the wines must sell for less than $20 per bottle wholesale (that translates to about $30 retail), so we were left with a lot of reasonably priced wines that made it through the first round.

On the second day we were set to determine which of the remaining wines deserved a gold medal, which wines really represented a great combination of value and quality. Gold Medal. That has a winning ring to it for sure, and despite the sheer volume of wine involved, choosing gold seemed like a pretty straightforward procedure. But a funny thing happened on the way to the finish line and to understand what that was, consider how the voting proceeded.

All of the sommeliers wanted to taste all 165 wines – none of the somms wanted to end up with a gold medal wine that they didn’t get to taste. We had five hours, which means we had to taste, discuss, vote on and tally 35 wines an hour. Whew. 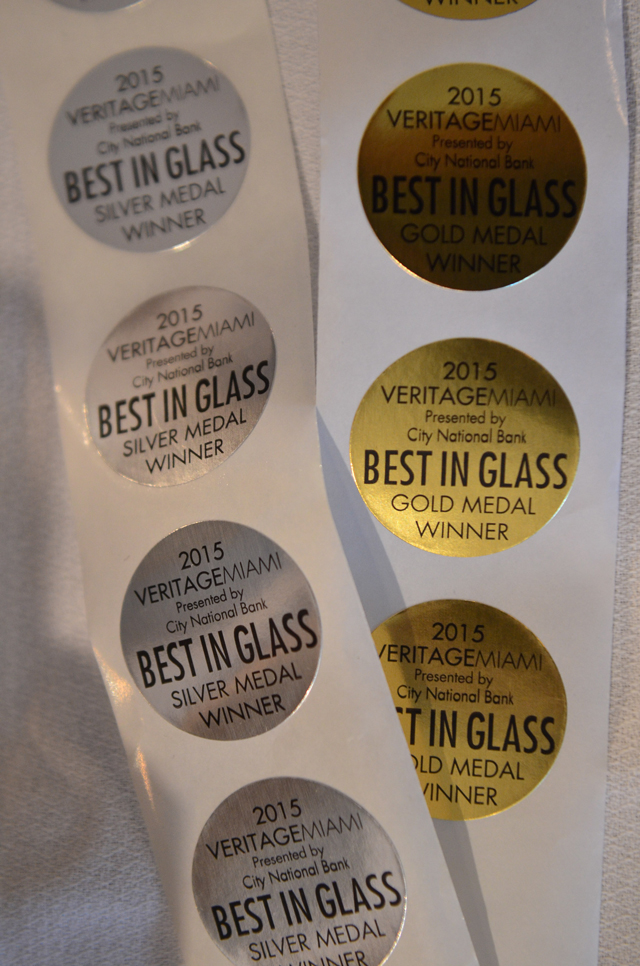 But it dawned on all of us pretty quickly that with our judges, each of whom has a wonderful, skilled and experienced palate, some of them thought a wine deserved gold and some thought silver almost every wine. So what we ended up with is a group of gold medal wines that had an overwhelming agreement on gold, and a lot of silver medal wines that, in more than half the cases, someone (and often a few people) thought was good enough to be gold. The wines that had overwhelming no-confidence votes didn’t get a medal, even in the second round.

So when I title this post All That Glitters Is Not Gold, my recommendation is that you look over the list of medal winners and consider that all the gold medal wines represent great value for quality. But so do a lot of silver medal wines. In fact, in many cases, a wine got a silver medal instead of a gold not because it lacked quality but because the judges felt it was a bit too expensive – there were a couple dozen wines where, if they’d been priced $2 or $3 less, they’d have a gold medal instead of a silver.

Now, each of the judges made his or her own notes and knows that there are some wines that they are particularly passionate about, so if you go visit Heath Porter at his wonderful Uvaggio Wine Bar in Coral Gables, or you stop by to see Jennifer Wagoner and Yorke Dalton at Zuma, you just might find a wine one of them thought was extra special no matter what the other sommeliers thought. You could have the same experience talking with Kirsta Grauberger at her wonderful farm-to-table restaurant Market 17 in Fort Lauderdale, or chatting with Don Derocher at Council Oak at the Seminole Hard Rock. At El Carajo in Miami, Carlos Fonseca specializes in wines that surprise you so I imagine he’ll have some intriguing ideas as well and you can always count on Sean Florence at Hallandale’s Il Mercato to bring home the gold with intriguing wines with appealing flavors.

Over the coming weeks, I’ll feature each of the gold medal wines and get some quotes from the sommeliers who made the decisions about which wines got medals, and we’ll have several opportunities to single out some favorites to recommend. My take is you won’t go wrong with anything that got either gold or silver and the beauty of Best in Glass is that regardless of the medal it won, if a wine is on the list, it will be fairly priced and thoroughly enjoyable. I am really looking forward to the next few weeks of wine tasting!

For a downloadable copy of the silver and gold medal list, just click here and dream away…