Written by VeritageMiami Director Lyn Farmer
And we’re off!

The other day on the radio, I heard a holiday song called It’s the Most Wonderful Time of the Year, and it couldn’t be more appropriate for the entire VeritageMiami team at United Way of Miami-Dade. This is a busy season for everyone for many reasons. For us, it’s partly because we’ve started our countdown to the 24th edition of VeritageMiami and the excitement is in the air as we announce our guest chefs for two of our events, the Interactive Dinner and a new twist on what used to be called the “Bubbly Brunch.” 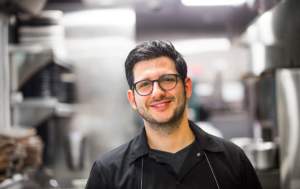 For 2020, we welcome back two chefs who were wildly popular with our guests in the past. The Interactive Dinner will be held on February 28, with the wonderfully engaging Giorgio Rapicavoli at the helm. Giorgio’s restaurants include Eating House, Glass & Vine and more recently, an Eating House outpost at the Time Out Market on South Beach. Giorgio is working on a four-course menu that guests will prepare themselves at their tables while he coaches from the stage. Have no fear – as always we’ll have culinary students standing by as sous chefs to lend a whisk! 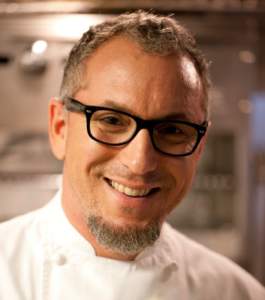 On March 15, we’ll unveil a new event, a Farm to Fork brunch curated by James Beard Award-winning chef Michael Schwartz (you know him from Michael’s Genuine Food & Drink, Amara at Paraiso, Harry’s Pizza and nosh-spots). Michael was our Interactive Dinner headliner exactly 10 years ago, and I couldn’t be happier my longtime friend is coming back to VeritageMiami. Over the 10 years since he was last with us, South Florida cooking has seen a huge jump in emphasizing the use of local ingredients. Michael has been a big part of that jump, and in this celebration of local food, he’ll be joined by some like-minded friends. I used the term “curate” to describe his role – Michael will cook one course, but he will also be working with three other local chefs, each preparing a brunch course. What is particularly exciting about this event is that all four chefs will partner up with a local producer (that’s the “farm” in our title) and you, our diner, hold the “fork.” This will be a salute to South Florida’s agricultural bounty and boundless culinary talent brought together in support of the many programs of United Way of Miami-Dade. Stay tuned as we announce the other participating farm-to-fork chefs.

And brew-fans, don’t worry, we haven’t forgotten you! The entire VeritageMiami program kicks off on February 13 with our wildly popular Craft Beer Tasting at Wynwood Walls. As we’ve had every year, old favorites and some of the many new craft brewers on the South Florida scene will be in attendance, along with some of the top Miami restaurants. You’ll be voting on your favorite food, swigging your favorite beers and having a grand time with your friends at this ebullient event.

The most wonderful time of the year? Oh, we are all excited as we plan all the details for what will be the most spectacular VeritageMiami yet! Stay tuned for more details over the coming weeks – check in often to the VeritageMiami website and Facebook, follow us on Instagram and Twitter and let the anticipation build!