Getting a Head with Craft Beer

As anyone who attends all the events of VeritageMiami can tell you, beer is a booming business. For the past few years, we’ve opened our annual event with a craft beer tasting at Wynwood Walls in Miami. It’s not unusual to have more than 100 beers on tap (figuratively, not literally – there are a lot of bottles there as well), and with more than two dozen restaurants providing tasting portions to match with the beers, there really is something for everyone, from traditional brews of every sort to shandies, ciders and more. 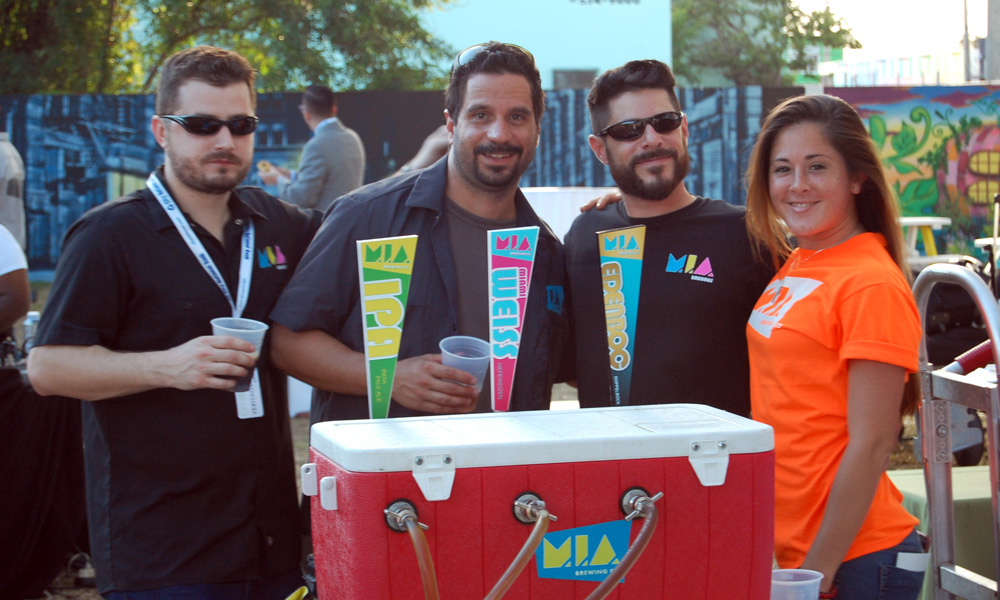 The popularity of this event (it attracts more than 1,000 guests) reflects the surge in popularity of beer in general and craft beer in particular across the United States. This trend was confirmed with last week’s announcement by the Brewer’s Association that the number of active breweries in the U.S. reached an all time high. Just how high? Try 4,144 breweries, a tally that includes 15 states (including Florida) that each have more than 100 breweries. Just to put that in perspective, the previous high number was 4,131 breweries … in 1873!

There is so much talk in the restaurant community these days of “farm to table” restaurants and the “locavore” movement, and I see the popularity of craft beer as a reflection of the same aesthetic.

According to the report, IPA (India Pale Ale) is the most popular style of beer sold by independent craft brewers. And Bart Watson, chief economist of the Craft Beer Association, says there is plenty of room for the beer culture to grow. “Craft breweries are part of their communities … returning us to a localized beer culture,” he says. At VeritageMiami, we are doing our part to celebrate that growth, as well as beer culture in general.

The next Craft Beer Tasting will open VeritageMiami on October 5, 2016 and, as always, we’ll stage it at Wynwood Walls. But why wait that long to share our passion? Want us to stage some beer events between now and then to give us a chance to taste together? Give us a shout out on Facebook and we’ll do our best to arrange some fun events. And, check back here at VeritageMiami for the latest news on participating breweries and restaurants.