Global Warming Reaches for a Cold One

I’ve never met a winemaker who doubted the reality of climate change – like everyone who works in agriculture, winemakers (and especially those who grow their own grapes) see the effects of a warmer climate increasing every year. Once marginal areas like the south of England are now producing sparkling wine. As grapes get riper, sugar goes up, but the acidity in fruit goes down (think of how a green apple is tart but a red apple is sweet). Thus, Champagne, once considered right on the edge of the zone where it is possible to grow wine grapes, is now worried that their grapes are getting too ripe to provide the kind of acidity that gives their effervescent wine its racy verve.

This may seem rather esoteric to many wine lovers, but a real-world awakening is about to come. A California-based winemaker friend of mine once told me, “It takes a lot of beer to make a great wine,” as she lifted a frosty mug after a long day in the vineyard. Beer lovers may feel the heat of climate change before wine-only drinkers, according to a new study published earlier this week in the journal Nature Plants. Nathan Mueller from University of California, Irvine, one of the authors of the study, told Forbes, “Our results show that in the most severe climate events, the supply of beer could decline by about 16 percent in years when droughts and heat waves strike. That’s comparable to all beer consumption in the U.S.” In other words, Mueller continued, “Future climate and pricing conditions could put beer out of reach for hundreds of millions of people around the world.” Estimates are that in Ireland, for example, beer prices will go up somewhere between 40 and 300 percent. 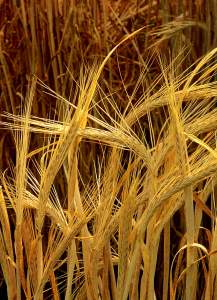 This terrifying outlook is based on estimates of what climate change will do to barley crops around the world – most barley is cultivated as animal feed, but it is also a crucial grain in beer production. It is essential as well in making Scotch whisky, so I’m doubly worried now, and I’m not alone. Steven Davis, another of the study’s authors, put it in perspective. “The world is facing many life-threatening impacts of climate change, so people having to spend a bit more to drink beer may seem trivial by comparison,” Davis said. “But there is definitely a cross-cultural appeal to beer, and not having a cool pint at the end of an increasingly common hot day just adds insult to injury.”