Here’s Looking at You, Kid

Brazilian fashion photographer Marcos Alberti had an idea. He says, “There is a saying about wine that I really like and it’s something like this, ‘The first glass of wine is all about the food, the second glass is about love and the third glass is about mayhem.’” Alberti decided to put together some of his passions and see how they mixed: people, wine and conversation. Then, he documented the results.

Now, if Marcos had ever attended the Craft Beer Tasting or the Fine Wine Tasting that are part of VeritageMiami, he would already have known how it would turn out, but not having visited us, he had to discover for himself, and the results are not only hilarious, they are insightful. 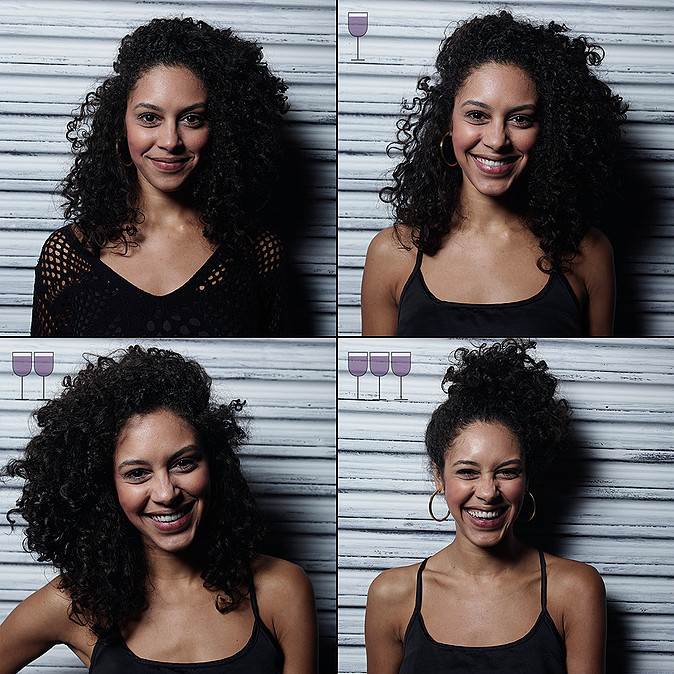 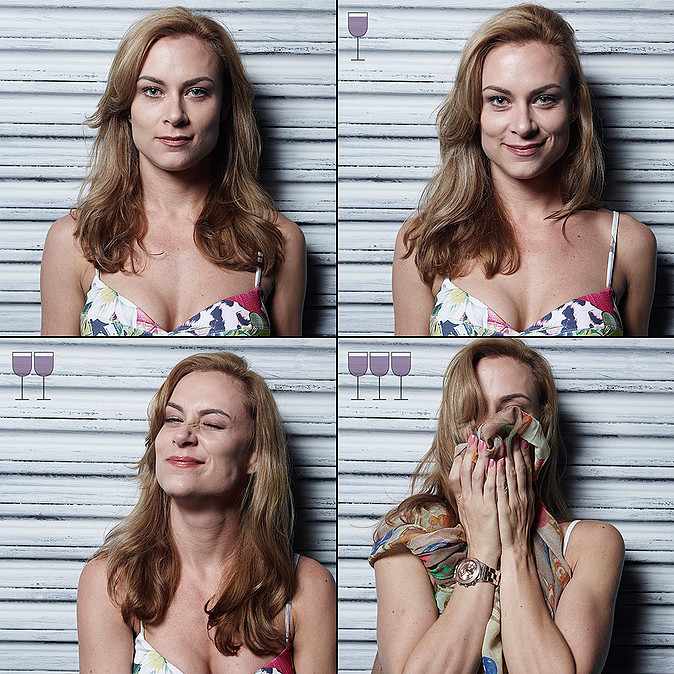 He calls his project “Three Glasses,” and says, “it started as a joke like a game after hours but (ended up) a serious work with a good, humorous vibe.” As the name of the project implies, three glasses of wine are involved, and since Marcos is a photographer he documents the project. “The first picture was taken right away when our guests have just arrived at the studio in order to capture the stress and the fatigue after a full day” at their place of work. Then, he gives his subject a glass of wine, then a second and then a third. “At the end of every glass of wine (I take) a snapshot, nothing fancy, (just) a face and a wall, three times. “

That may not sound like a recipe for artistic discovery, but look at some of his results, inviting into his studio people from all walks of life – they were from the worlds of music, art, fashion, dance, architecture and advertising. As Marcos says, they, “got together for a couple of nights and by the end of the third glass several smiles emerged and many stories were told.”

Marcos doesn’t say what wine he provided but it must have been something tasty because there is a wonderful transition in most cases. To be sure, a few people just couldn’t get into the spirit of the project it seems, but most photo subjects slowly relax and discover what we wine lovers already know – wine is good for you! Here’s looking at you, kid!

To see the full range of Marcos’ experiment, visit his website.

I haven’t asked yet, but I think this would be a great project at the VeritageMiami office. And maybe your place of business as well?