An Oregon pinot noir has scored a stunning victory at the world’s most prestigious wine competition, winning one of only 16 Platinum Best in Show medals at the Decanter World Wine Awards (DWWA). It’s not only a well-deserved recognition for a very fine wine, it illustrates an important expansion of the world’s wine palate.

The British wine magazine Decanter stages the annual competition of wines from around the world. There are a lot of wine competitions, but for vintners everywhere the Decanter World Wine Awards is generally considered the most prestigious and most comprehensive. This year, more than 16,500 wines were entered for the blind judging by 240 wine experts from dozens of countries, a group that included 64 of the world’s 340 Masters of Wine and 26 Master Sommeliers. To win a medal of any sort from this illustrious group is considered a great honor. To be one of only 16 wines (less than .01% of the entrants) to receive a Platinum Best in Show Award is remarkable. 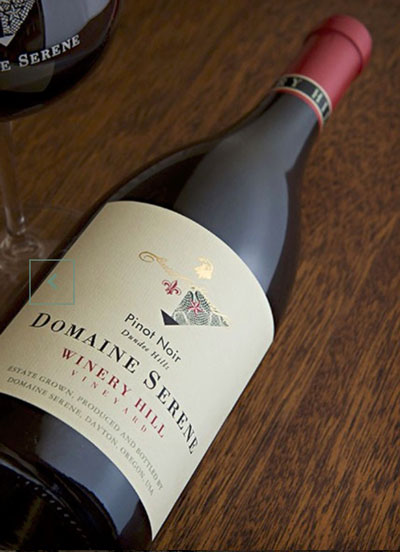 Even more remarkable in this pantheon of wine greatness is to find that the 2016 Best in Show pinot noir over £15 (US$21), a category dominated by wines from Burgundy since the competition’s inception, is Domaine Serene Winery Hill Vineyard 2012 Pinot Noir from Oregon. Coincidentally, the award comes in a year when many of us are celebrating the anniversary of the 1976 “Judgement of Paris” tasting that saw chardonnay and cabernet sauvignon from California beat some of the finest wines of Bordeaux (red) and Burgundy (white), in the process turning the French wine community on its ear.

There are several gratifying points to this stunning showing by Domaine Serene, a winery that has, for many years, been considered one of the best in Oregon. The greatest plaudits, of course, go to the winery for making such a great wine, a wine that the Decanter judges singled out for its, “well-integrated nose of licorice, tobacco, mocha, raspberry and cherry [with] some toasty oak notes too.” The judges went on to say, “The palate has a real density of jammy fruit, enhanced by oak spice and tannic structure, and a soft refreshing acidity that carries beautifully through to the finish.” Well, that certainly sounds delicious.

I am equally intrigued by what this award says about the judges, because to recognize an Oregon pinot for its high quality and not to infer the wine succeeded because it successfully imitated a Burgundy is to illustrate an opening of palates. Masters of Wine and Master Sommeliers are trained on Burgundy. For decades, Burgundy has been held as the pinnacle of pinot and to make this judgement (and mind you, many, many judges had to agree before a Best in Show award was conveyed), we are seeing that wine experts around the world are getting more universal palates. This means being more open to a variety of wine styles and seeing quality in many guises.

It is also rewarding to know that wine writer, educator and merchant Stephen Spurrier, who organized that important Paris tasting in 1976, is also the chair of the Decanter World Wine Awards this year. He said, “We only award medals to wines in which consumers can have the utmost confidence … The DWWA’s sole purpose is to recognize and reward quality.” 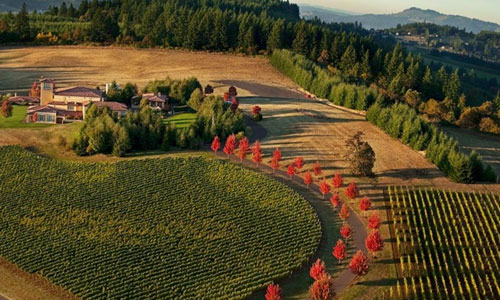 Kudos to the hard working judges at the DWWA and congratulations to Domaine Serene for a stunning job. This award in no way denigrates all the great Burgundy in the competition (many received medals), nor is it at the expense of other New World areas producing pinot noir (for which there are several). This is a celebration of one particular wine in one particular vintage. Now, the battle begins to try to find a bottle of it! The wine was released last year exclusively to the members of Domaine Serene’s wine club, so this is a rare bottle indeed. For most of us, we can taste something similar by purchasing a bottle of the similarly acclaimed Domaine Serene 2012 Evenstad Reserve Pinot Noir – it sells for about $90 a bottle. It, and several other bottlings from Domaine Serene (I particularly like the affordable Yamhill Cuvée) are widely available at the top South Florida wine shops.