We are in the midst of “Shiraz Week,” an event of monumental wishful thinking and very possibly, some satisfying drinking.

The first thing to know about shiraz is that it is the same grape as syrah. Just as truck in the U.S. and lorry in Britain refer to the same vehicle, different cultures use a different word but the grape is the same. And just to make matters more confusing, while the grape may be the same, the wine generally isn’t. Syrah and shiraz imply not only a different country of origin, but a different style of wine as well: Shiraz generally refers to a style of wine made in warm climates where the grape becomes very ripe and cranks out a wine often high in alcohol, with ripe, luscious and jammy berry flavors. Like the Australians who prefer shiraz over syrah, the wine is buoyant and brash, always ready for a good time. With the unbridled optimism for which the culture Down Under is so well known, the Australian wine industry not only named February 21 – March 1 “Shiraz Week,” they headlined the campaign “Aussie Wine Takes Over North America in 2015.” 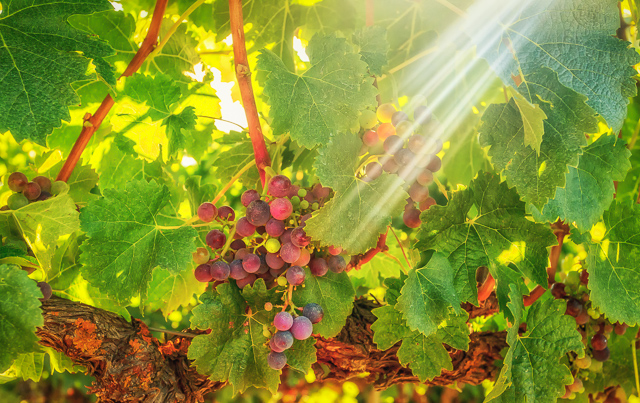 A takeover is not going to happen but that’s no reason not to jump in and make a splash with Aussie shiraz while our antipodean cousins are about to celebrate their harvest (in the Southern Hemisphere, harvest is generally in March and April).

The syrah grape began its life in the northern part of France’s Rhône Valley, where it still produces some of the world’s greatest red wines – the wines of Hermitage and Côte-Rotie, and, as part of blends with grenache and other grapes, Gigondas, Châteauneuf-du-Pape and Côtes-du-Rhône. Those wines tend to emphasize syrah’s balance and elegance and gained an international reputation in the 18th century – Thomas Jefferson was a huge fan of wines from Hermitage. 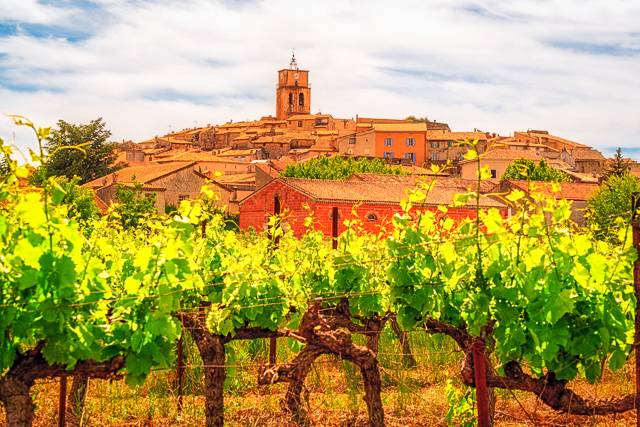 Séguret and syrah in the Rhône Valley | © Lyn Farmer

When the Scottish agronomist James Busby moved to the fledgling colony of Australia in 1831, he took several French grape varieties to try out, and discovered that syrah did particularly well in South Australia’s heat. In honor of its origins, he called the grape Hermitage, a name that stuck until the late 20th century when the French cried “foul” and insisted that Australian vintners not use a French place on their labels. Contrary to legend, the syrah grape does not come from the ancient Persian wine center of Shiraz, but the name shiraz had become synonymous with syrah and that’s the name that stuck in Australia. 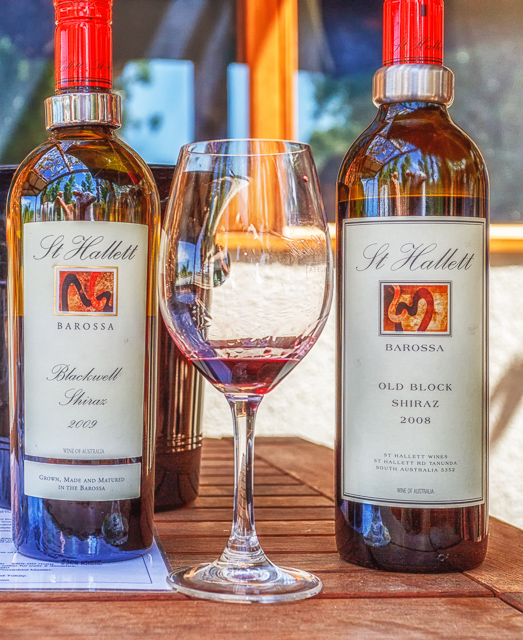 The Australian approach to shiraz has been to make a wine that emphasizes the black berry fruit and occasionally, a black pepper spiciness often found in the grape. The marketplace has recently signaled fatigue with the Aussie penchant for making shiraz at very high alcohol levels (you might like the buzz, but the wines can be so over the top it’s hard to choke down more than a single glass). These days, Aussie shiraz is more often tamer than 10 or 20 years ago, with an elegant softness moderating the intense fruit flavors. It is still usually a powerful wine, silky and dense in your mouth and, given the warm climate in the b est shiraz growing regions, the alcohol can still top 15%, so it’s not a wine for sushi. But for a chunk of red meat, it’s hard to beat a good shiraz. More expensive shiraz is usually more subtle while less expensive bottlings are often straightforward, fruity and spicy, making them a great choice for anything cooked on the grill, where the blackberry flavors stand up to the wood smoke.

I’d be remiss if I didn’t mention that syrah makes great wine in countries other than France and Australia. Our Best in Glass gold medal-winning shiraz from Israel’s Galil Mountain Winery is a beautiful wine at a good price. Galil chose to call the wine shiraz rather than syrah to indicate they’re making a more robust style of wine from the grape and it is definitely worth looking for. Sommelier-judge Carol Lopez-Bethel chose this syrah as her go-to red for pop up dinners by The Naked Bite.

Whether you get adventuresome with an Israeli shiraz, go the classic route of a Northern Rhône or simply use this week to embrace an Aussi shiraz for the first time, this is a good time to raise a glass of deep purple wine, redolent with berries and black pepper, and say “good on ya.”