There is a big part of winemaking that is never taught in wine schools. One can go to the University of California at Davis or Fresno State University, two of the best known wine schools in the United States, or great schools in Bordeaux, in Spain or in Italy, and learn all about fermentation science, chemistry, viticulture and geology, but so far as I know none of these schools teach a prospective winemaker how to have passion, and how to share the magic of the profession with the public. That is a skill, a talent with which one is born I suppose, and it is a magical thing indeed when that skill combines with winemaking expertise – all manner of revelation can be experienced.

I thought a lot about this a few days ago when I attended a reception with the acclaimed American winemaker and consultant to wineries from Argentina to Armenia, Paul Hobbs. In town as the guest of honor at an event benefiting VeritageMiami, he spoke to a group of a hundred wine lovers about the concept of stewardship. He compared a vineyard to a community, where careful cultivation is essential to long-term health, and he spoke passionately of sustainability, pointing out the importance of taking a long view, and a broad view, of what success entails. And to illustrate his points, he poured some very good wine. 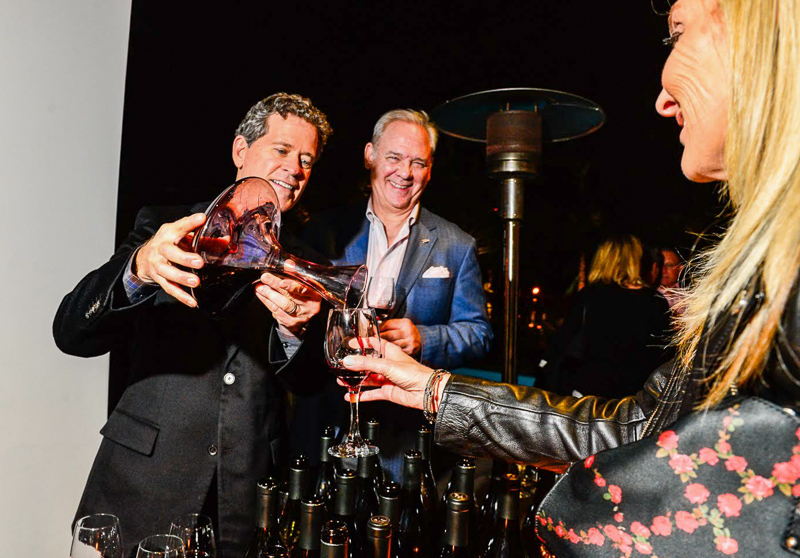 At the reception we tasted some of his stunning wines from Argentina (from both the Bramare and Cobos wineries), and several of his top wines from California. In a bit of serendipity, two days after the reception the British magazine Decanter published an interesting article about the To Kalon Vineyard in Napa Valley, one of the most revered plots of land in the U.S. The author listed what he felt were the top 10 wines ever made from grapes grown on this unique piece of land (technically, it is an alluvial fan, but this is a blog, not a textbook, so I’ll only mention that in passing!). The author’s list included wines from 1974 and 1979 and 1984 and there at the very top of the list, in the number one position, was the 2012 Beckstoffer To Kalon Vineyard Cabernet Sauvignon, made by Paul Hobbs.

Saturday night, as Paul poured one of his single vineyard cabernets for the guests, we talked about making wine in Napa and inevitably, To Kalon came up. He told me he had known and loved the vineyard since he began his winemaking career at the Robert Mondavi winery in the mid-1970s. In other words, he has watched and cared for the vineyard for four decades. That is stewardship and that is a long view, amassing nearly 40 years of experience with a piece of land so you know its every nuance, how it responds to weather changes and how its grapes respond to the ministrations of a careful winemaker over the course of many vintages. I like the terminology in French where one doesn’t “make” a wine, you “raise” it, as you would a child.

Over the years, vines change, as do the people who grow and harvest the grapes to make the wine. What remains constant, at least in the hands of someone like Paul Hobbs, is a commitment to quality, to sustainability, to making sure that year after year, come storm or heat or cold, the grapes have what they need to flourish. Our community is like that as well, and going forward, I will think about that every time I have a glass of wine made by Paul Hobbs, each sip a privilege.