The Art of Association


Written by VeritageMiami Director Lyn Farmer
The Art of Association

A couple of days ago I participated in a “virtual tasting” with the great Beaujolais producer Georges Duboeuf. He was in Orlando with George Meliotis, the wine director of the Seasons 52 group of restaurants and a number of us joined them online to sit in on their discussion, and, because I’d been sent a bottle ahead of time, taste what they tasted. The wine at the heart of the tasting is called Jolie Saison Gamay, a wine Meliotis and Duboeuf crafted especially for Seasons 52. 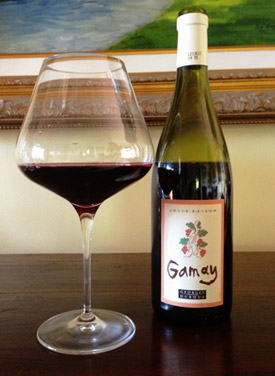 The idea of a group of restaurants custom designing a wine to meet their needs fascinates me. I say, “design” because Meliotis and Duboeuf tasted through dozens of wines to choose the components that they then blended to create the final product. So, no genetic engineering here, but design nonetheless. As they introduced the wine and we tasted, I was struck by how even Duboeuf, who has been making wine from the Gamay grape for over 50 years, described the wine not in technical terms but in allusion. The wine, he said, had a great flavor of blackberries and subtle red fruit notes. I agreed, but I also had a flashback to a very different tasting. Bear with me here – we are about to go far afield before coming back.

Two weeks ago, one of America’s great whiskey icons passed away in his mid-90s. Elmer T. Lee made Bourbon – excellent Bourbon. He started his work as a distiller in 1949 when he got out of the service. Even after he retired in 1985, he continued to go to work. Every week he would go to what is now the Buffalo Trace Distillery and talk with staff, meet with visitors, sign autographs and tell stories. He had a lot of stories to tell because he had seen the American whiskey industry take a commercial roller coaster ride. When he started in the business it was still recovering from Prohibition. Bourbon became popular, then was eclipsed by other spirits to the point when, in the 1980s, it was just a footnote in spirits sales. Then, it came back in popularity, riding a wave of interest in craft distilling.

As wine lovers discovered that whiskey (or, if it’s Scotch, whisky) has as many nuances as wine, the much better established wine industry began backing whiskies in the same way they supported brandies, whiskey magazines popped up and tastings of rare bottlings were held. Elmer Lee told the story of how he and two equally influential distiller colleagues, Jimmy Russell and Parker Beam, now viewed as American heroes, attended a whiskey tasting together. A wine writer was leading the tasting and, as we wine nuts do, began talking about all the nuances he detected in the first whiskey – dried orange peel, spice, a hint of tobacco. At this point Elmer, an old world Southern gentleman and a no-nonsense drinker, leaned over to his friend and contemporary Parker Beam and said “I don’t know about you but I don’t put any of that crap in my whiskies.”

For Elmer Lee, it was usually enough to say a whiskey was “good” or “smooth” but for most of us, whiskey lovers and wine lovers alike, that’s not enough. We reach for ways to describe a wine to a friend, and it’s not as easy as describing a meal where you can list ingredients that really did go into a sauce. With wine, and whiskey and craft beer (don’t get me started on insipid commercial brews) we sense nuances but few of us can say, “oh, it has the molecule beta-demascenone.” Our noses may pick up this molecule and quite a few others but we don’t know the names so we reach for associations. Bruised or cut apples also have a lot of beta-demascenone, so if we say a wine or a whiskey reminds us of apple, we are right – it reminds us of that because there is a shared molecule, but there isn’t a bruised apple thrown into the wine vat or still when the drink is made. It’s association because both Riesling and Apples sometimes share a molecule.

And so we come around (finally) to the point of this post. When George Duboeuf talked about red and blackberries he was making an association and it’s perfectly fine for us to do the same. When you taste a wine, forget about being an expert and especially forget about what your friends may think – if you smell raspberries (as I did the other night in a lovely Spanish Garnacha), and someone asks you if the wine is good, don’t hesitate to say, “I like it, it’s not too heavy, and I really like this hint of raspberry.” You’ve just described the wine as well as anyone could.

As for Jolie Saison, I liked it. George Miliotis says they made 2,000 cases of the wine, and he plans for it to show up on Seasons 52 winelists ($40 a bottle) and by the glass ($9-$10) in mid-September. Nine dollars for a glass of delicious wine that is not too heavy, has some nice blackberry fruit and is well balanced enough to go with food? Count me in, and don’t mock my descriptors!