With VeritageMiami coming up in February and March, naturally I’m thinking a good deal about all the exciting new craft beers and wines that will be available to try. Mind you, “new” is a relative concept – in this case, I’m thinking “new to me.” While I definitely have some favorite bottles I consider “go-to” options whenever I want something familiar or comforting, one of the most exciting parts of being a beer and wine lover is finding new beverages to enjoy. 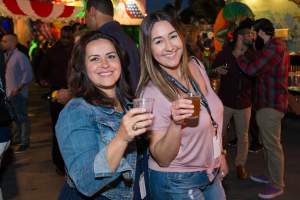 Take the Craft Beer Tasting on February 7 at Wynwood Walls. It’s the first of three events in VeritageMiami (the Bubbly Brunch and the Interactive Dinner come up in March), and it is a splendid opportunity to make discoveries while slaking your thirst.

For example, one of my go-to beers is Fat Tire Belgian White – I love its elegant spiciness and the ease with which it pairs with food (my top pairing pick? Mussels braised in beer and served with a lot of hot, crunchy bread and a glass of Fat Tire of course). New Belgium Brewing, the company that makes Fat Tire also makes a lot of other beers, so I’m looking forward to my first taste of Voodoo Ranger.

Each of the breweries coming to the Craft Beer Tasting is bringing several brews – some will have two or three and some will have five or six, but each will have an opportunity to try something special. I’m particularly excited that, among the more than 45 breweries we expect to have on hand, so many members of the South Florida brewing scene will be at the festival, often with the brewmaster there to get geeky with you. Among the South Florida brewers on the scene, we’ll have tables for: 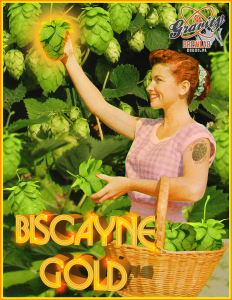 I am psyched to taste something from each of these, and lately I’ve been particularly intrigued with Gravity Brewlab’s creations. I’m dying to try Biscayne Gold, and I’ll admit that’s partly because I love their label art!

Whatever style you prefer in a brew, our Craft Beer Tasting is a great opportunity to meet your tasting pals, make new friends and find new beers to enjoy. We’ll have about 20 restaurants on hand dishing up our festival version of bar food, and best of all, the tickets are reasonably priced. The VIP tasting is already booked up, but general admission starting at 7 pm is available for $65. Heck, you can hardly have a a pizza and a pitcher of ho-hum beer for that. We’ll have well over a hundred beers to try, so what are you waiting for?

Book your tickets to Craft Beer Tasting now while they’re still available, and I’ll see you at Wynwood Walls on February 7!