Vega at the Apex


Written by VeritageMiami Director Lyn Farmer
Vega at the Apex

The wide popularity of Spanish wine today is a relatively new phenomenon. Today we sip cava at parties, have albariño with seafood and discuss Priorat and Toro as if they were Bordeaux and Burgundy. Twenty years ago, most wine lovers in the United States (and many other countries) wouldn’t have a clue what any of those things are. They are some of the elements of the New Spain, a dynamic wine country that is making a dramatic shift from a wine industry satisfying only a local market to a vibrant, exciting player on the international scene.

Through the entire transition, one property has remained both an example of the best of Old Spain and a shining beacon to what the New Spain can be. Not only was Vega Sicilia considered Spain’s greatest wine a century ago, Robert Parker says Vega Sicilia is still the greatest of all Spanish red wines, and there are so many good wines in Spain these days that that is saying a lot. 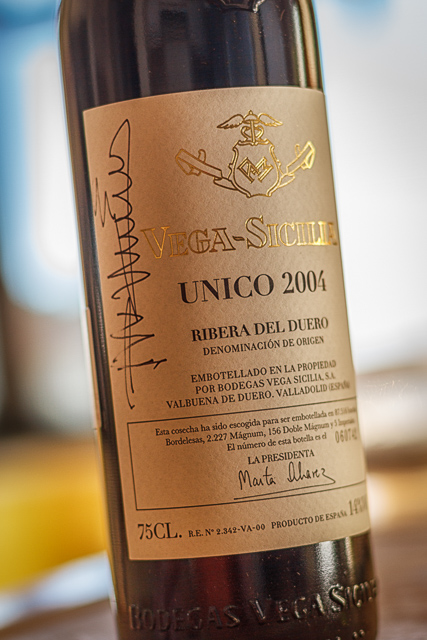 Does it deserve the hype, and the high price tag (the flagship wine, Unico, retails for close to $400 a bottle)? At VeritageMiami we decided to find out, and invited Vega Sicilia’s general manager, Pablo Álvarez, to join us and help recruit new trustees for our wine event that benefits United Way of Miami-Dade. This was a match made in wine heaven – Pablo Álvarez is a quiet man with a dynamic vision, and we are a (sometimes) noisy wine event with a dynamic purpose. Happily, Álvarez brought all his vision with him: in addition to putting two wines from Vega Sicilia in the spotlight, he brought six other wines the company owns, wines that show just how exciting the Spanish wine scene has become.

Vega Sicilia has an international perspective, though I hasten to add the winery’s name has nothing to do with Sicily. According to Pablo Álvarez, the name comes from two concepts: “Vega means ‘fertile lowland,’ and Sicilia is the name of a saint who is much revered in our area.” Celebrating Vega Sicilia, Álvarez started our evening not with a tantalizing Spanish red for which he is so famous, but with a white wine from Hungary.

“We bought a very promising winery in Hungary in the 1990s,” he says, a property that deteriorated under the communist government but which the Vega Sicilia team thought had great promise. Newly named Oremus, the winery immediately grabbed international attention, and we certainly saw why as Álvarez opened the evening’s libations with a delicious white wine made from furmint, the same grape that makes the famous sweet wine Tokaji. This wine, called Mandolas, is nearly dry with very crisp acidity and lovely peach and citrus flavors.

We moved on to two wines from a relatively new property in Rioja, the classic wine region near Ribera del Duero that for many represents “Old Spain.” Not the way Vega Sicilia sees it. The wines of Macan are a partnership between Vega Sicilia and Baron Eric de Rothschild, whose family owns Château Lafite Rothschild in Bordeaux and they are already showing great finesse. 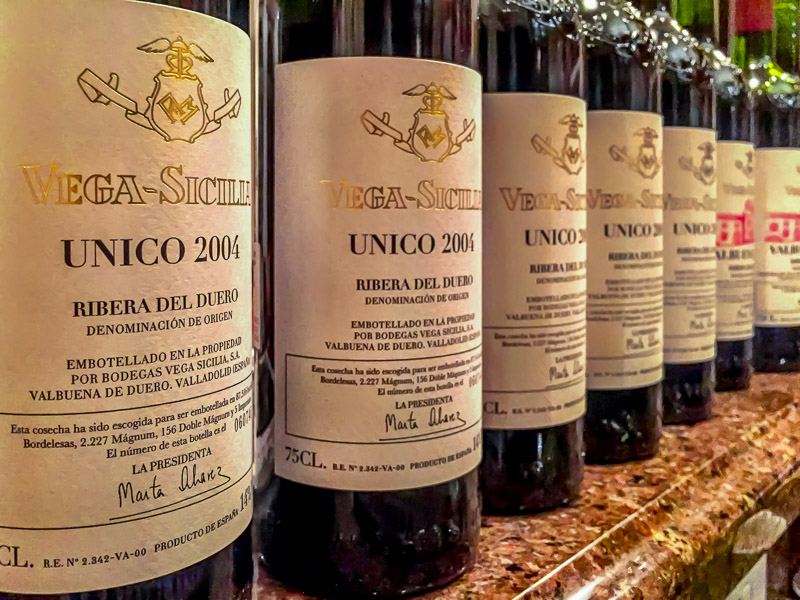 From there, we moved on to Alion, a winery that, like Vega Sicilia, is in Ribera del Duero, and Pintia from Toro, an up and coming region in Northwestern Spain near the Portuguese border. Pintia is made from a local clone of the tempranillo grape and it produces a knockout wine that is bold and spicy without being clumsy or heavy. I loved it, and with six years of age, it is complex and mellow, a great special occasion red wine. I wasn’t alone in admiring it; Robert Parker’s Wine Advocate rated it 95 points (and gave 94 points to the Alion).

Finally, after much anticipation, Álvarez pulled out the two wines from Vega Sicilia. I did have an advantage – because I was opening bottles, I felt honor bound to taste the wine to be sure we were serving something worthy of our crowd of trustee prospects. Fortunately my vigilance paid off and I could confirm the wines were outrageously good. It’s always a good thing to have certainty on your side.

Valbuena is the younger of the two Vega Sicilia wines, requiring less age because it spends less time in barrel gathering tannins. The wine is mostly tempranillo with just a splash of merlot to give it a pleasant, soft edge. Still, it is six years old, and knowing that I couldn’t help but be impressed by how fresh the wine tasted, liked we’d just picked the wonderfully ripe fruit. Is “crunchy” a wine term? It works for me.

The Vega Sicilia Unico is the storied wine not only of Ribera del Duero but of Spain in general and certainly among a handful of wines generally acknowledged among the world’s greatest. Here, 87% tempranillo is balanced with 13% cabernet sauvignon and given a very long and highly unusual aging, spending time in vats then new barrels, then used barrels and then back in vats over a seven year period. Then it is bottled and held at the winery for another year or two before release. It has a beautiful aged aroma of leather, grilled herbs and dark fruit, and is elegantly poised on the palate. And yet, there is a kind of classic restraint in this wine that I admire but also realize does not quite fit with my taste. I like a bit more racy fruit, so while I admire the Unico, my heart belonged to the Pintia. And that is part of what makes wine so wonderful – we each have our own, perfectly legitimate preference. 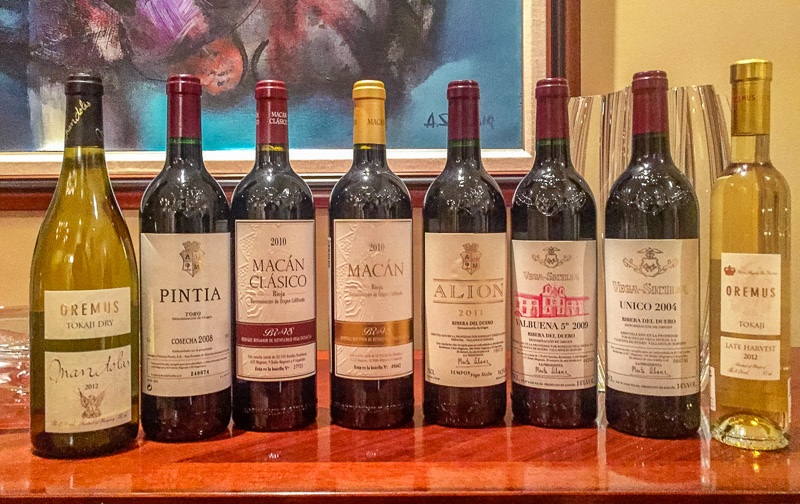 Before he left, Pablo very kindly signed one bottle of each of the eight wines we tried (including a dessert wine at the end, from the same Hungarian winery with which we began). These bottles are destined for an auction lot – feel free to join us at VeritageMiami in April when we will sell it to the highest bidder, as many of us remember the warm generosity of Pablo Álvarez, and the warm appeal of his wines from classic yet New Spain.

Purchase your tickets to VeritageMiami, and don’t forget to save April 16 on your calendar when we’ll have the great wine tasting at Merrick Park. We won’t be pouring Unico, but we’ll have 400 other wines vying for your attention and your taste buds!