The Biltmore, United Way of Miami-Dade (as the charity was now called) and Baptist/South Miami Hospital Foundation took a great deal of pride in noting that, having brought in over $500,000 during the 1998 festival, the “new” event was the largest and most successful three-day charity wine and food event in Florida. Other festivals were appearing on the horizon but this event at The Biltmore was clearly the trailblazer and we wasted no time in announcing great plans for 1999. The newly retitled festival was scheduled for April 16 – 18, 1999: the weekend opened with a golf tournament, and the grand tasting on Friday night would be even grander with more than 250 wines from 50 wineries from around the world available for tasting and matching up with food from 15 of South Florida’s top restaurants.

From its beginning, the festival linked wine and food and in 1999 the chef lineup was brilliant: after Friday’s tasting, the Saturday auction dinner featured three Michelin-starred chefs from France so that, while the festival’s main source of income for the charities was the wine-centric auction, food lovers had plenty to revel in amid the Biltmore’s luxurious setting. The auction drew out major collectors from across South Florida for more than 96 live lots (so it was a long evening!) plus 163 silent auction lots.

In hindsight, what I find most notable in the 1999 festival is how far forward we managed to carry the interactive cooking component pioneered the year before. This is today such an integral part of the festival it’s hard to recall just how innovative the concept was at the time: world-class chefs not giving cooking demonstrations, but collaboratively leading guests in cooking with them. All three French chefs that headlined the night before were on hand for the Sunday lunch, each preparing one course on the stage, with a cooking station at every guest table so patrons could prepare the meal step by step with the chefs. Every table also had a winemaker or winery representative on hand as well to coordinate wine pairings with the meal. This chef-guest collaboration has continued every year since. 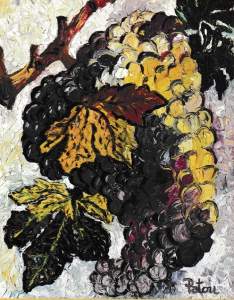 With the new millennium the following year, there were many signs of the festival’s growth. Some were subtle “back of the house” changes, like introducing multiple books at the 2000 Biltmore Great South Florida Wine Festival – separate catalogs for each event to stress the diversity (and size) of the festival’s offering. Others were more visible, such as nearly doubling the number of restaurants at the Grand Wine & Food Tasting on Friday night – there were still around 50 wineries (each pouring four to seven wines) but now 23 restaurants attended, further stressing the importance of being a wine and food festival.

Perhaps the most visible change in 2000 was expanding the offerings to guests on Saturday night. Once again, the inimitable Fritz Hatton was on stage to spark bidding on the 80 live auction lots, including some stunners for wine collectors such as a 10-vintage vertical of ultra-rare Penfolds Grange shiraz and a private dinner with local celebrity chef Norman Van Aken that included a total of 35 wines from the legendary 1985 vintage (remember, this was in 2000 so these wines were very much on everyone’s radar). Recognizing that such a large auction dominated the evening and wasn’t of equal interest to all the attendees supporting the charities, in 2000 we introduced a second event for Saturday. Across the Biltmore courtyard from the grand auction dinner, an equally grand dinner dance featured South Florida’s premier swing band of the time, Jump ‘n Jive, providing the entertainment in lieu of the auction. Both dinners were prepared by another trio of Michelin-starred chefs visiting from France, who then were also featured in Sunday’s interactive lunch. It was all a stunning success.

By 2001, The Biltmore Great South Florida Wine Festival was attracting nationwide attention with mentions in influential wine magazines and a consequent effort to hold a place in the limelight. This year, Wine Spectator magazine joined as a co-presenter, but The Wine News dropped out when Wine Spectator demanded exclusive media rights to the event. Aiming for a broader reach of the festival, we increased the size of the Friday evening Grand Wine & Food Tasting to include more than 75 wineries (pairing with food from 21 South Florida restaurants).

Since so many of the auction lots at the dinner involved European wines, we also welcomed one of the leading figures of the Bordeaux wine trade to be our festival honoree, Madame May-Eliane de Lencquesaing of Château Pichon Comtesse de Lalande. With a French honoree, we then broke with the tradition of the past two years of featuring French chefs at the Saturday and Sunday events and focused instead on highlighting some of the most innovative talent in the U.S. including chefs Todd English of Boston’s Olives, Robert Curry of Domaine Chandon in Napa, Don Pintabona of New York’s Tribeca Grill and Mark Miller of Santa Fe’s Coyote Café alongside some top local chefs. 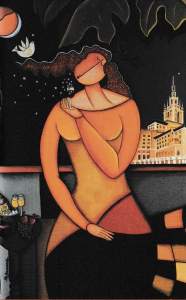 This proved to be a winning formula, achieving a great balance of international wines and national culinary stars propelling a series of events that successfully raised more than $500,000 for the two charities. The following year, 2002, brought in the global wine and spirits conglomerate Diageo as the presenting sponsor and welcomed an even larger group of importers and distributors than past events and featured the founder of Stag’s Leap Wine Cellars, Warren Winiarski, as the festival honoree. Another group of stellar chefs were invited to participate, including Rocco DiSpirito of Union Pacific in New York, Dean Fearing of The Mansion on Turtle Creek in Dallas, Wayne Nish of March in New York, and the late Charlie Trotter of the eponymous Chicago restaurant.

With another successful festival and record donations for the charities, The Biltmore Great South Florida Wine Festival was a powerful force on the local wine scene, but it was no longer alone. South Florida’s largest distributor, Southern Wine & Spirits, while still working with the festival, was starting its own annual event exclusively for the wineries it represented. At the same time, there was a debate raging within the Biltmore festival about what direction to take going forward. Changes were in the offing, and we’ll explore those next time, so stay tuned.